I was very excited to be able to tick something indulgent off my pre-baby bucket list last weekend – a spa day at the Grand Harbour Hotel. 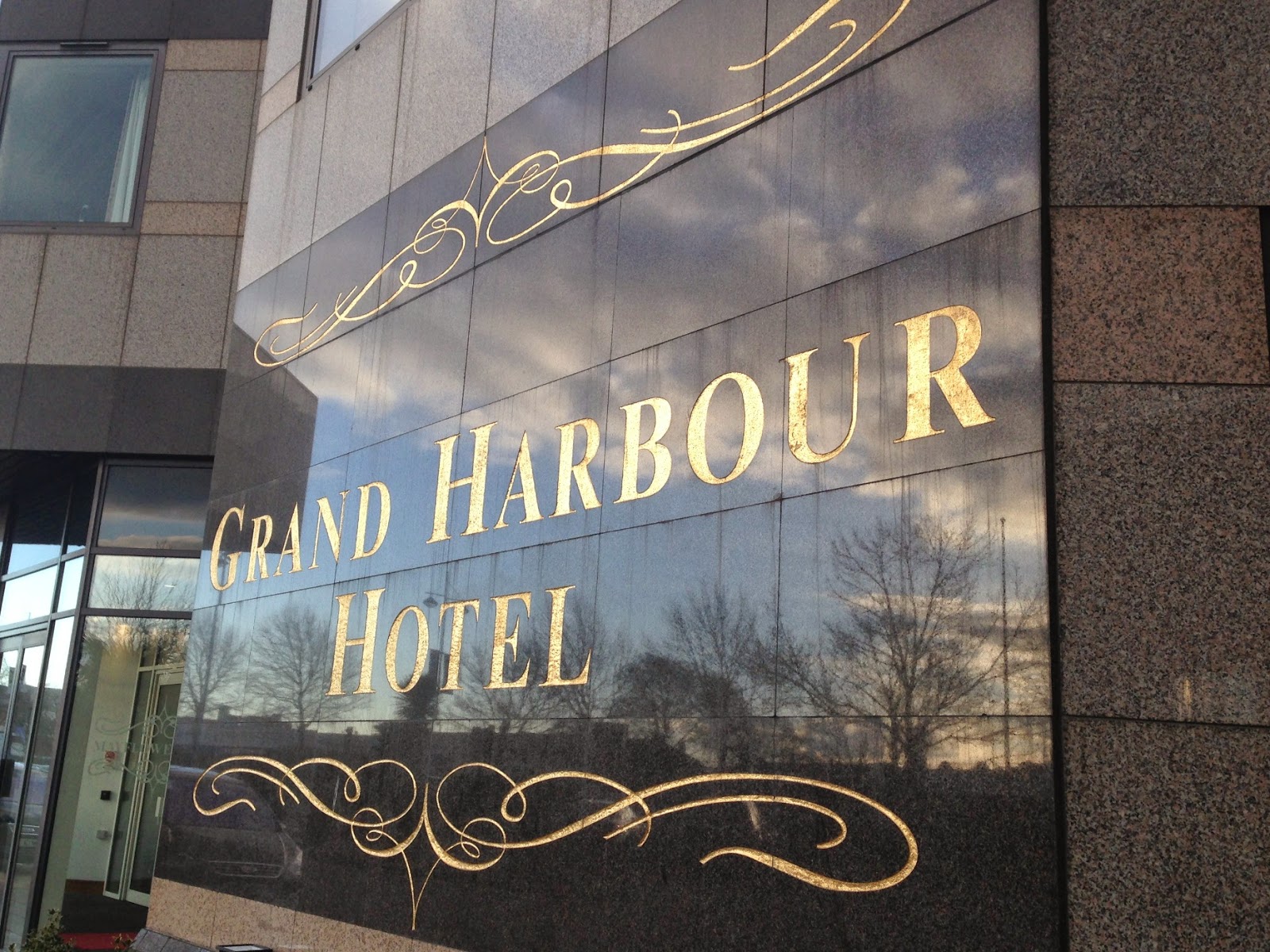 It couldn’t have come at a better time. The week before was super busy at work, with lots of travel and late nights. So by the time the weekend came around I was knackered.

My Glow Spa Day at Serenity Spa was a treat from work and I went along with two of my lovely colleagues.

The Grand Harbour is near Southampton docks, with front row seats to the annual Boat Show and amazing views of some of the world’s most impressive ocean liners when they are in port. The most recent ship on its doorstep was P&O Cruises’ Britannia – the newest in its fleet.

The 4* hotel itself had a £4m refurbishment last year, which included the spa and swimming pool.

As part of our Glow Spa Day package (£70 Friday to Sunday) we had: full use of the pool, jacuzzi, steam room, sauna and gym; a choice of either a facial or massage; and a one course lunch.

I had pre-booked a facial as I had been told the pregnancy massage therapist wasn’t working during our visit. However when we arrived I was really pleased to be asked if I would like to have a massage after all. I had had a mum-to-be massage at about eight months pregnant with Tin Box Tot and dribbled the whole way through, so I didn’t need any persuading.

Our treatments were booked for later in the afternoon, so we decided to try out the pool.

The changing rooms were a little cramped but there were plenty of lockers and the pool wasn’t overcrowded for a Sunday. After a vague attempt at a little swim and a bit of floating, we went to sit in the jacuzzi (me dangling just my legs as it’s apparently not recommended for mums-to-be to sit in hot bubbling waters).

Once we were suitably wrinkled, it was time for a bit of relaxing pool side with a book.

Our lunch was served in the Hamtun Atrium Bar, which is under the hotel’s landmark pyramid glass window that dominates one side of the building. 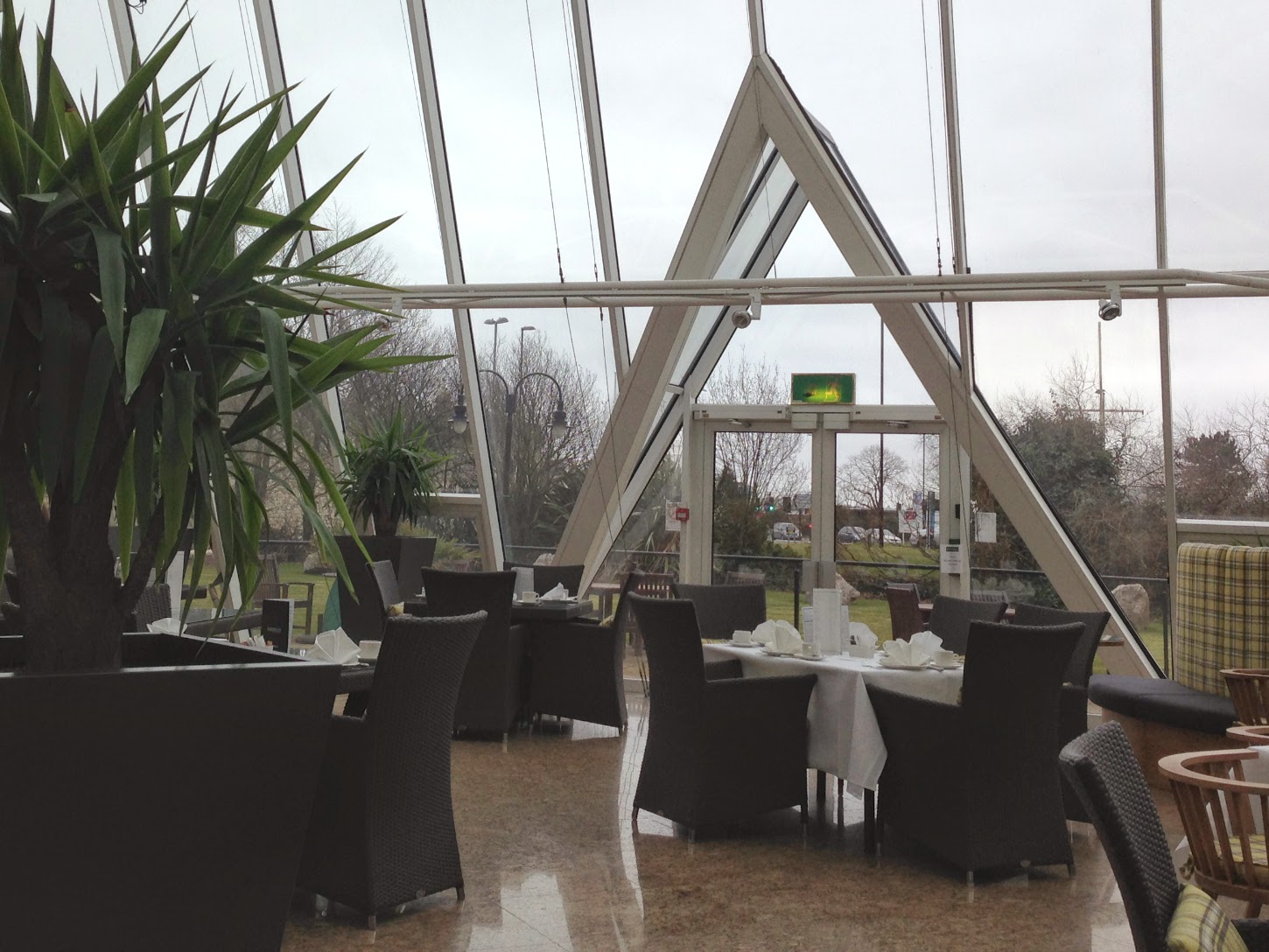 We had a choice of salads or sandwiches for lunch and were not at all disappointed with the size of each dish when they arrived. I had the warm pulled pork salad with gem lettuce, apple slaw and stilton. The apple slaw was a tiny disappointment because it just appeared to be coleslaw taken from a catering pack with julienne cut apple popped on top. Otherwise the dish was lovely and very filling. 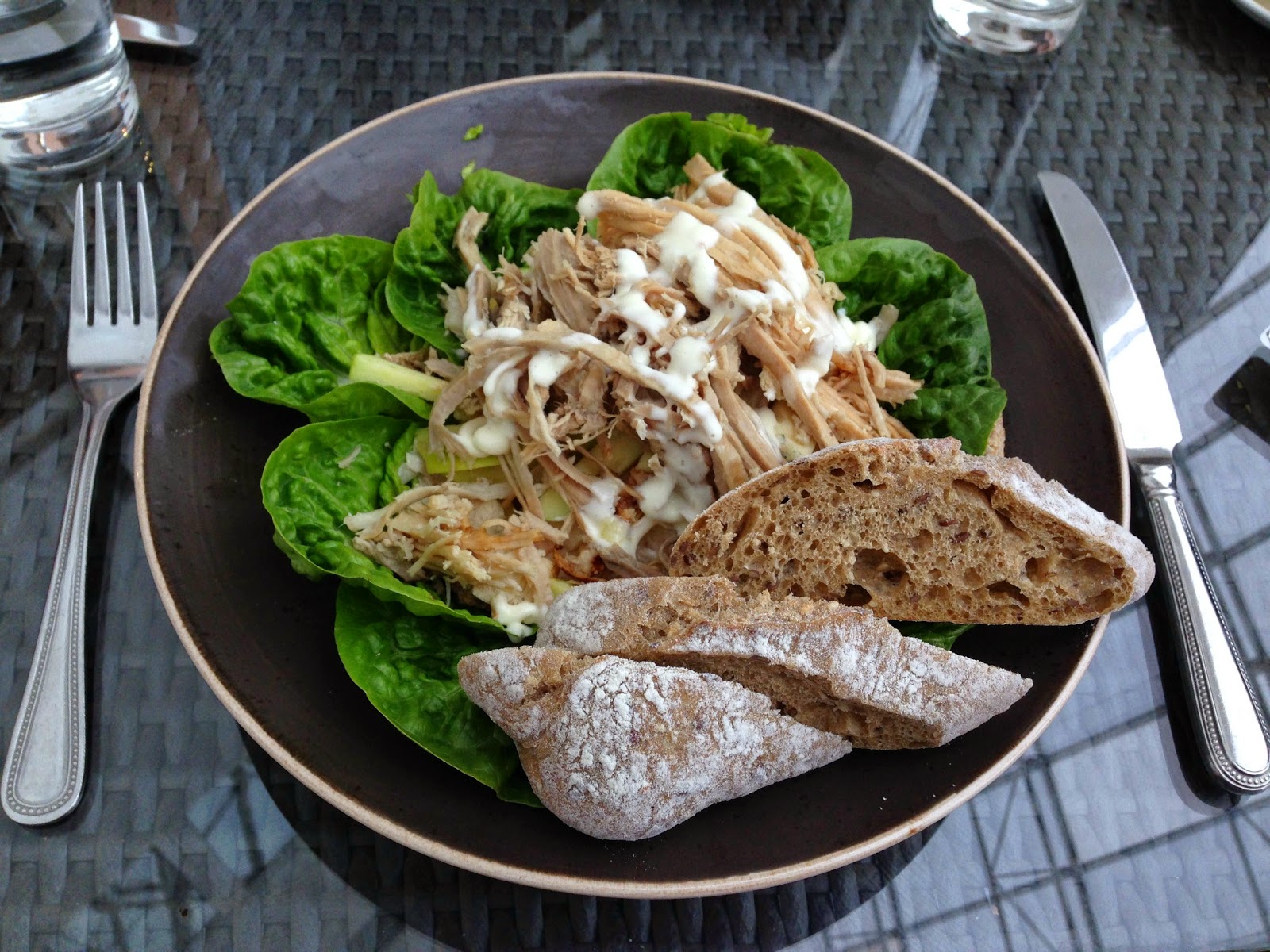 Although dessert wasn’t included we decided to treat ourselves. I went for the chocolate brownie with fudge sauce  and vanilla ice cream (£6.50). The brownie was served warm and tasted amazing. I also had a latte (£3.80). 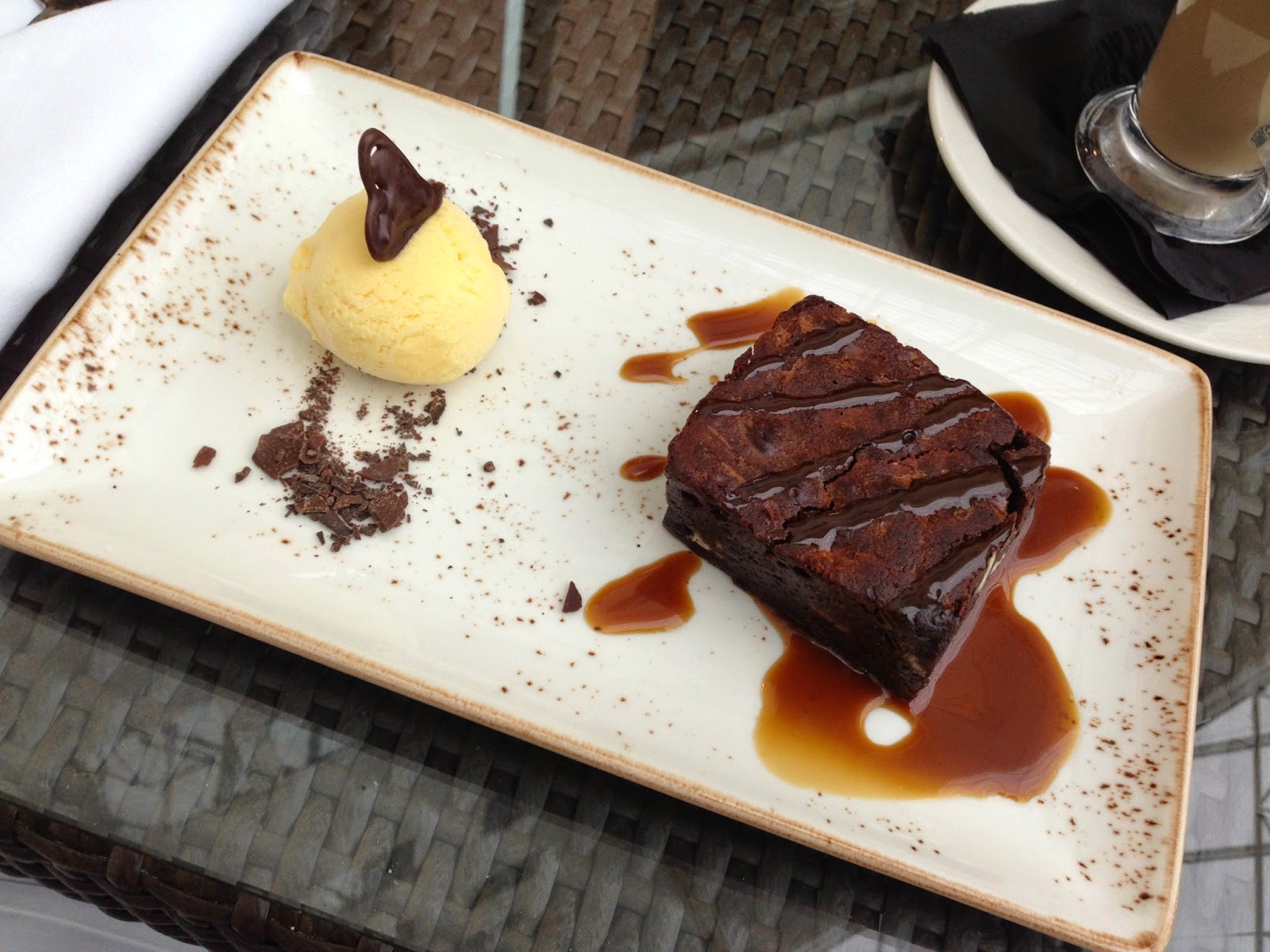 While we enjoyed a slow lunch we had a little nosy at some of the other food coming out and saw some fantastic looking afternoon teas being served. I’ll have to pop back for one of those another day!

All too quickly it was time for our treatments. The spa’s treatment rooms are spacious and beautifully fitted out.

My therapist left the room while I wriggled myself and bump under the covers of the treatment table. I was already relaxing listening to the light tinkle of wind chimes, crashing waves and bird song being played into the room.

My mum-to-be massage began with my back. Obviously, I wasn’t able to lay on my front, so I rolled on to either side while my therapist gave my back and neck muscles a good gentle needing. I then rolled onto my back for my legs and arms to be massaged. The oil used was ESPA nourishing body oil – which is apparently great for stretch marks.

My treatment lasted just under an hour but it seemed to fly by. I could have stayed there all day except for the fact that laying on my back for any length of time becomes a bit of a pain with the weight of Tin Box Baby 2.

Disclosure: I was given this spa day as a Christmas present by my employers who have done work for the Grand Harbour Hotel. However, the decision to write about the experience was my own, as are the views in this blog post. 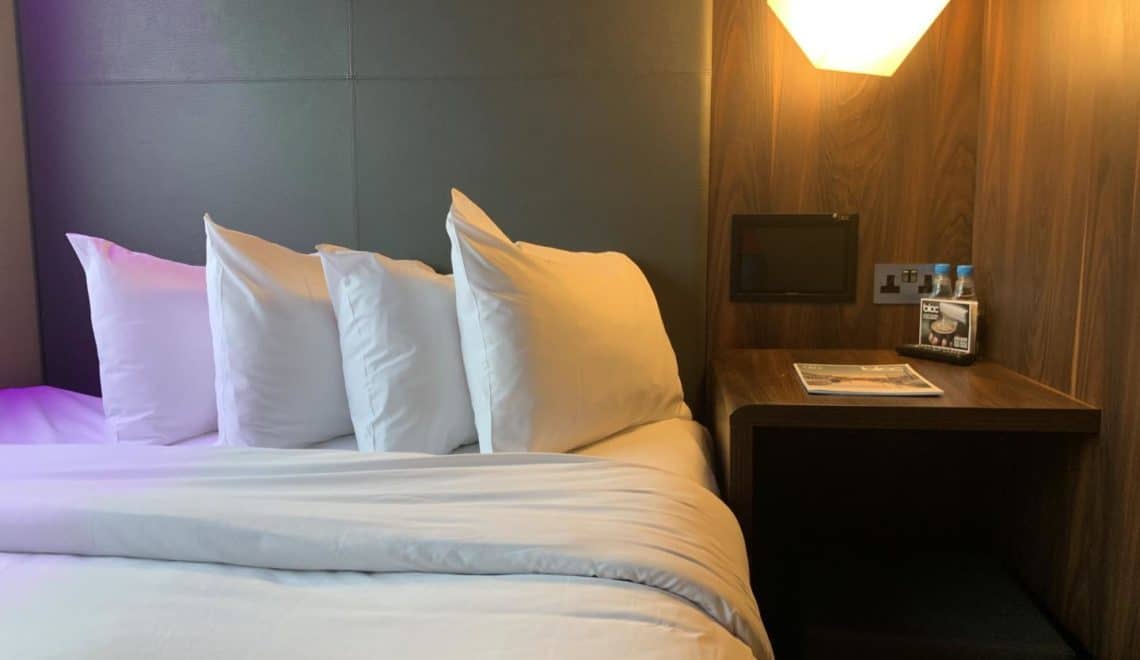