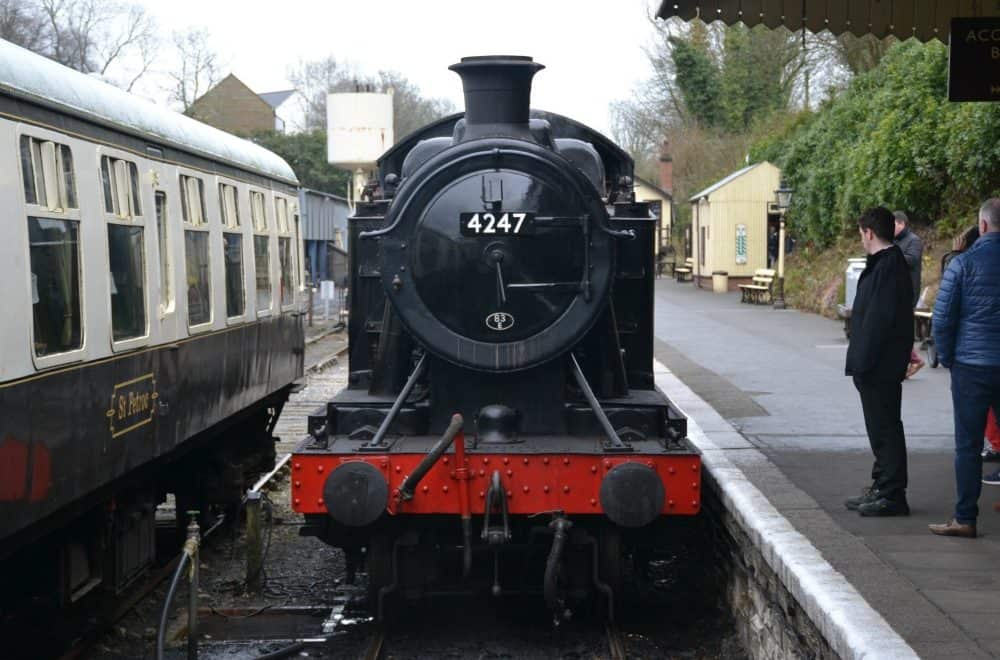 As you step onto the platform at Bodmin General Station you could be forgiven for thinking you’d been transported back to the golden era of steam railways. When the vintage locomotive comes to a halt at the platform it wouldn’t look out of place for ladies wearing bustles and gentlemen in top hats to disembark. The Bodmin & Wenford Railway is a Cornish day out oozing with nostalgia and is Cornwall’s only standard gauge heritage track.

Here’s what we experienced when we were invited to visit by Cornwall 365 during our Easter holiday in Cornwall.

In 1887 a line connecting the town of Bodmin with the main route to London opened. It was extended to connect to the local Bodmin & Wadebridge Railway the following year. This formed the Bodmin & Wenford Railway which transported passengers between the Camel Trail and the mainline to London up until the 1960s.

The line reopened thanks to the work of volunteers in 1989 and is a full-sized railway offering visitors themed rides and special events from February to October, and over the Christmas period. 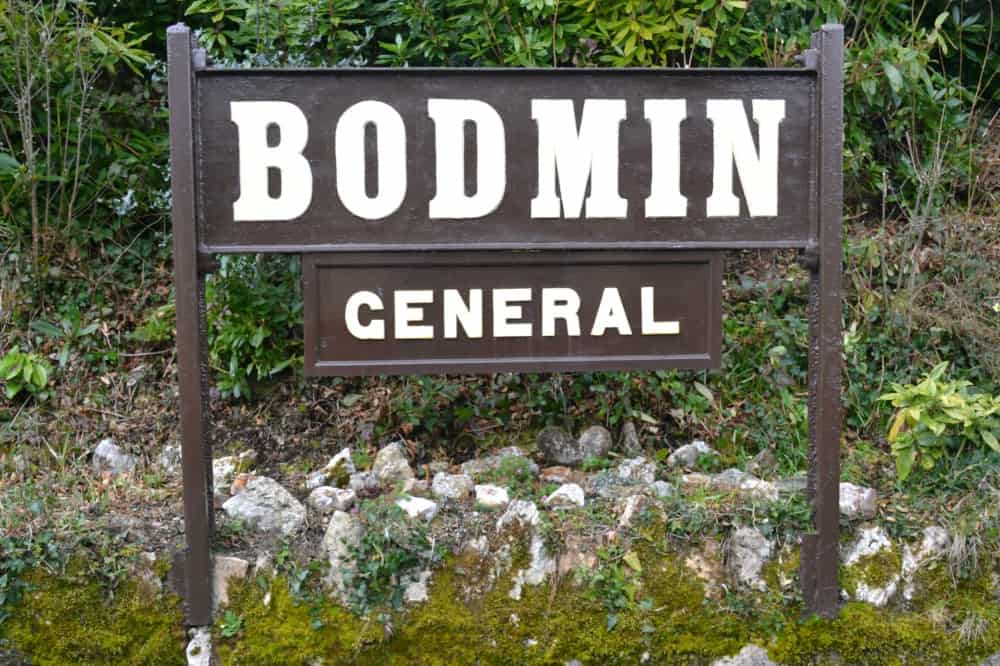 A ride on Bodmin & Wenford Railway with kids

We visited at Easter. When we arrived at the ticket office at Bodmin General we were told to pick up Easter trail sheets from the station shop and hunt for clues on the platform and carriages with the incentive of chocolate eggs for completed quizzes.

The sheets also had a map of the route, a word search and dot to dot so there was no chance of boredom during the one hour round trip to Bodmin Parkway.

The track is particularly hilly and once you are away from the industrial estate surroundings of Bodmin General there are woodlands and valleys to admire. The girls loved the excitement of momentary black outs under the bridges and puffs of steam sliding past our windows.

They also got a closer look at the engine while it chuffed from one end of the carriages to the other for our return trip. 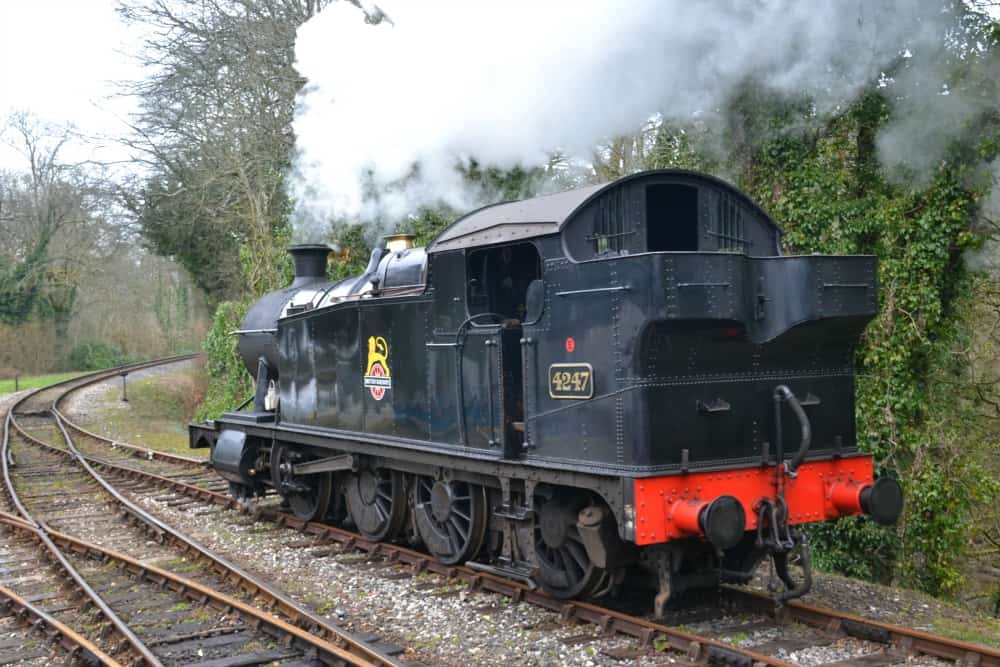 Once you are back at Bodmin General the train turns around and travels the route to Boscarne Junction, so you can stay on if you have a full day ticket. Two trains run during the busier season.

There’s also the option to alight the train and visit some other local attractions like Lanhydrock House, which is walkable from Bodmin Parkway.

Tickets for a ride on the railway cost £13.50 for adults, £12.50 for over 65s, £6.50 for children (three to 16-years-old) and are free for under threes. If you’re visiting Bodmin & Wenford Railway with kids you should take a look at the discounted family tickets. You can also purchase special rate tickets to Bodmin & Wenford Railway from mainline stations in Cornwall and Devon.

If you arrive at Bodmin General in need of some refreshment there’s a cafe in the station building with some picnic tables outside and overflow indoor seating in an old carriage on the tracks. You can also take your own picnic on the train. On the platform you can find toilets and a baby changing room.

The train carriages also have toilets you can use in-between stations and a space for pushchairs and bicycles. Dogs are welcome on the trains. 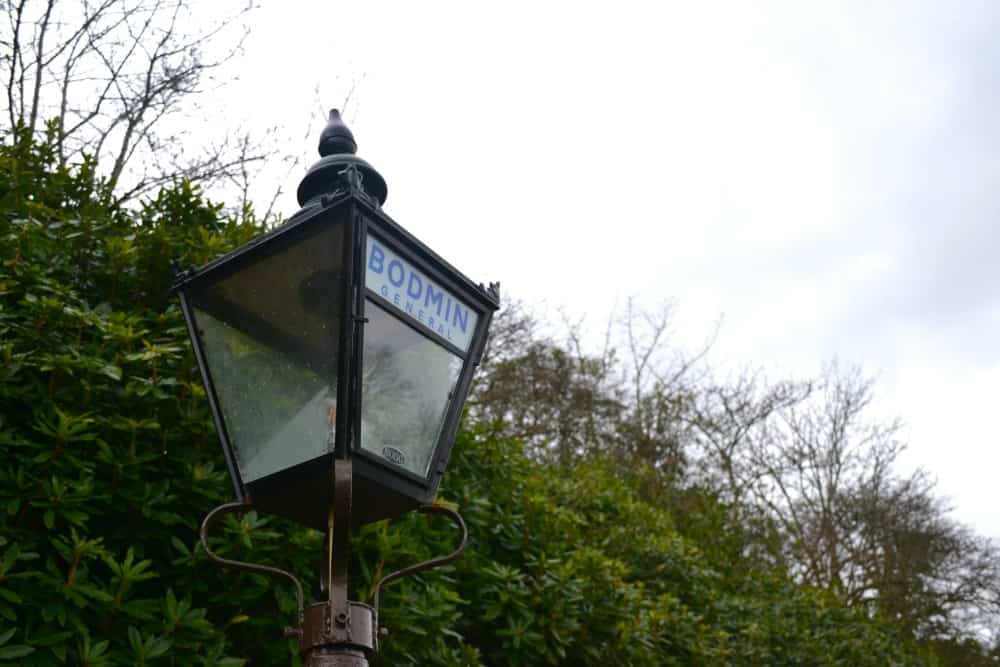 Cultural and heritage days out in Cornwall

If you’re heading to Cornwall for a holiday you’ll find Bodmin & Wenford Railway, along with plenty of other hertiage and cultural days out, in the Cornwall 365 Network Find & Seek illustrated atlas. Visit the railway’s website for latest services and prices.

Looking for things to do on a wet day? Read our guide to rainy day fun in Cornwall.

Disclosure: we were invited to experience the Bodmin & Wenford Railway by Cornwall 365 for free in return for a review on the blog. All opinions are my own.

Are you a fan of steam railways? Pin this post about Bodmin & Wenford Railway for later. 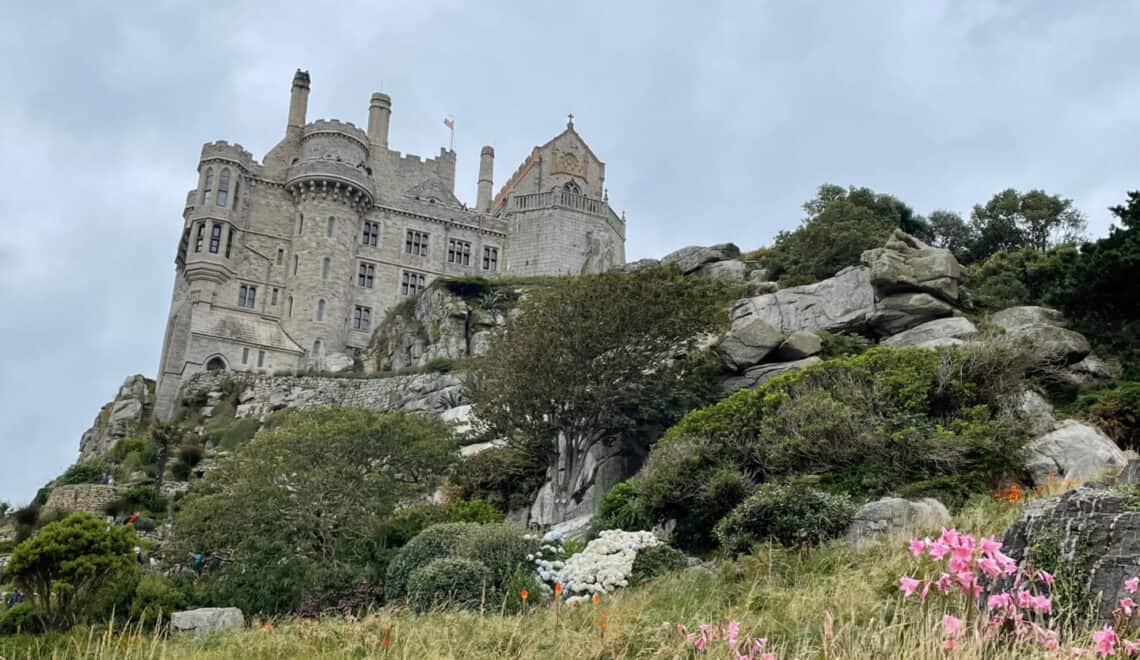