October 5, 2015 12 Comments
We had some exciting news at the end of last week – Mr Tin Box won a spot to run the Virgin Money London Marathon in April 2016.
It’s the third time he has entered the public ballot. The odds of getting a place on the starting line are five to one – more than 247,000 people applied this year – so he is currently feeling extremely lucky and very excited. Some people wait a lot longer for their name to be drawn.
So, training will begin in earnest very soon. Mr TB has a good level of fitness and cycled 100 miles in the British Heart Foundation’s South Down Way mountain bike ride in June. 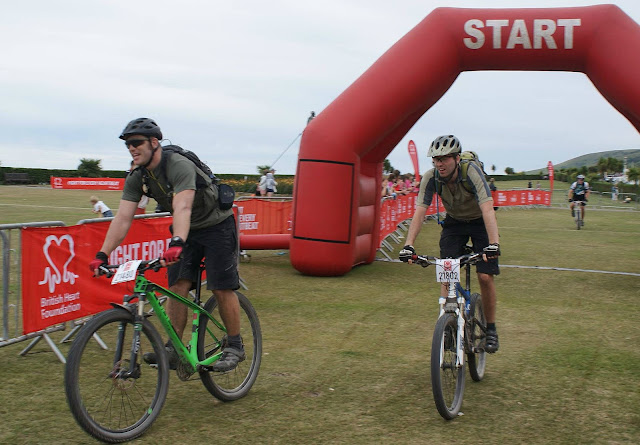 He loves a physical challenge – I’d even go as far as saying he enjoys pain. I on the other hand enjoy a bit of vigorous supporting from the sidelines.

I couldn’t imagine running a marathon and have a huge amount of respect for the people who do. Their commitment to train come rain or shine; their  ability to push on through blisters, aching joints and sore muscles; and their determination to reach the finishing line, whatever the odds, is inspiring.
It’s safe to say I’m already feeling very proud of Mr TB and will probably by bubbling over come marathon day.
Regular readers will know that Mr TB is in the Royal Navy. Appropriately he will be supporting a military charity when he runs. He’s yet to decide exactly which one but I’ll let you know when he’s made up his mind.
So expect to hear a lot more about Mr TB’s London Marathon preparations in the months to come.
Have you ever completed a run for charity? Or are you among the other 50,000 runners who won a place at the 2016 London Marathon?

A family day out at Sidmouth Donkey Sanctuary