UPDATE: we attended the preview night for the Crealy Christmas Spectacular 2019. Read all about it and see a video with some sneak peeks at this year’s ice show, The Snow Glove Adventure.

Thank you to Crealy Adventure Park & Resort for inviting us to review The Crealy Christmas Spectacular. Watch a video from our day below and find out more about Christmas events in Devon.

What makes Christmas at Crealy special?

We arrived at Crealy near Exeter an hour after opening and only had one family ahead of us in the queue to pick up our event tickets. This was a theme that continued throughout the day during which we walked straight onto most rides and only waited in line for a short time at the Christmas activities.

With festive music jingling in our ears we entered the park and perused our map to decide which of the eight free-flow festive activities we wanted to do first. We’d already been booked into the Christmas on Ice show in the Big Top Arena at 3.30pm so were free to fit in as much as we could around that.

After a quick stop to stay hello to the cute meerkats, who were huddling under their heat lamp, we headed towards the middle of the park for a whirl around the Junior Driving School course. Baby impressed us all by driving on her own for the first time. 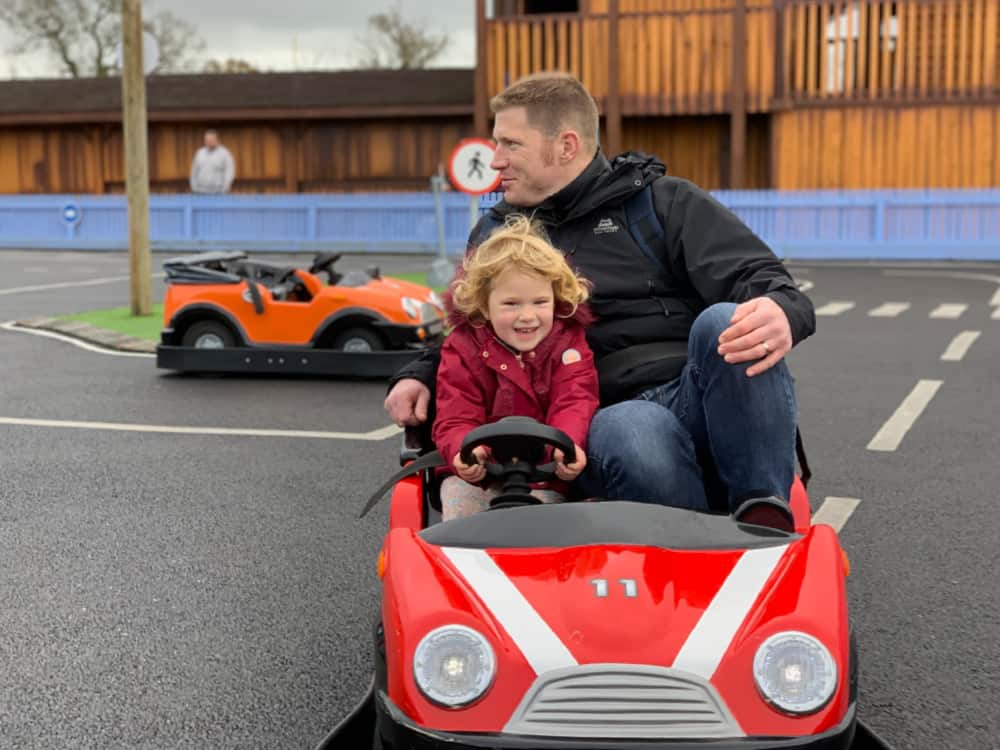 Next we found the Christmas Craft Creator Station and Mary Christmas’ Bakery at Buddy Bear’s Kingdom. Children can drop in at any time to colour their own tree decoration and there are regular gingerbread decorating workshops with Mary Christmas and her elf helper. 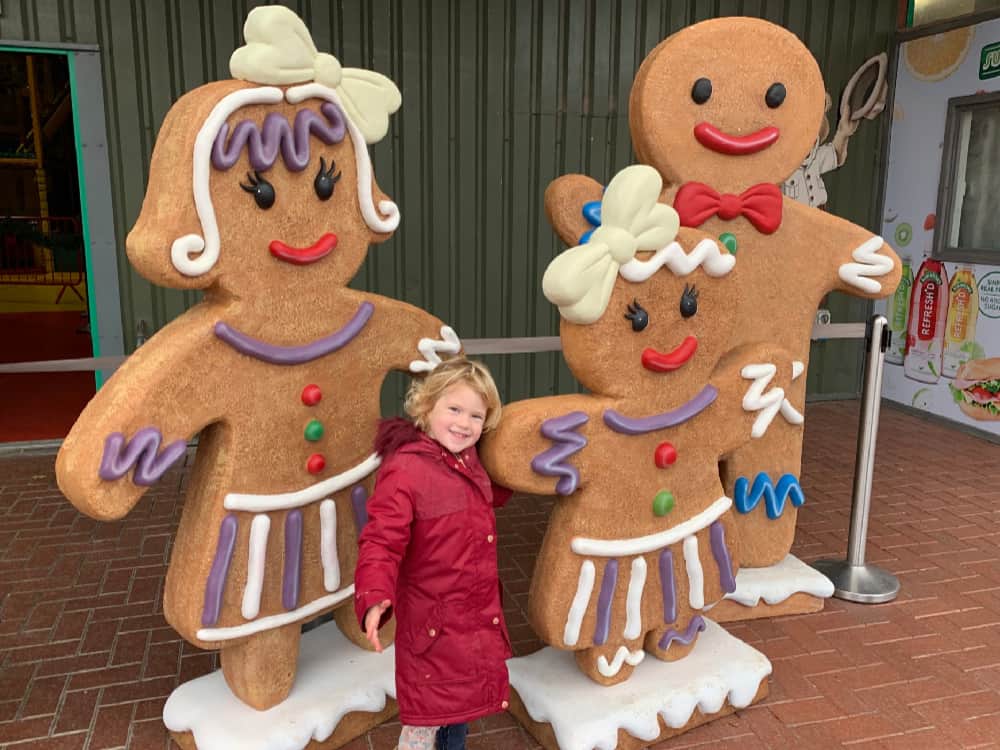 The bakery is one of two mini-shows along with Rudy’s Reindeer Making Station where you not only make things to take away but are entertained by Santa’s helpers. There’s also Buddy & Blossom’s Seasonal Sing-A-Long on the outdoor Piazza Stage three times during the day.

The girls were keen to revisit some of their favourite Crealy rides in-between the festive activities, including The Flying Machine and the Maximus rollercoaster. We also got them on a new ride, The Flying Dutchman, which we did twice because it was such a hit.

Back on the Christmas activity trail we wrote letters to Santa using the handy templates supplied by Crealy for children of different ages. Then we went off to make reindeer food to leave out for Rudolph and his friends on Christmas Eve. This was the only activity that felt a little over crowded but that may have been because of the time of day we arrived. This was at about 2pm when the park was at its fullest.

Christmas on Ice at Crealy

Soon it was our turn to see Christmas on Ice, which is the South West’s first show of its kind. Crealy opened its Big Top in the summer when it hosted a brilliant urban stunt show. This time the enormous heated indoor arena had been transformed with an ice pad and seasonal staging. At first sight I found it difficult to comprehend how an ice show could be performed in the space. But what followed trampled any doubts.

The Christmas on Ice show tells the story of a runaway elf who is making his way back to the North Pole. During his journey he meets dancing eskimos, sliding penguins and flying fairies. In the end he is reunited with Santa and his workshop friends. The story was a hit with Tot and Baby who loved the ice skating, acrobatics and good dose of panto humour.

The Big Top is also where you find the Singing Snowmen which entertain you as you arrive in the arena.

After the 45 minute show we had one more festive task – a visit to Santa’s Magical Toy Shop. This is located in the Crealy gift shop. Earlier in the afternoon we’d seen a large queue outside the shop so were kicking ourselves that we hadn’t visited at the beginning of the day. But when we left the Big Top there were very few people queuing for the Toy Shop – phew!

The queue is not to see Santa but to manage the flow of people picking gifts. Inside the shop there are shelves packed from floor to ceiling with gifts for children to choose and take home. Santa is also wandering around the shop chatting to visitors and posing for photos. This isn’t a traditional grotto but it felt like a treasure-trove to the kids.

We left Crealy with gifts in hand and two very tired but happy young ladies dragging their heels a bit because they wanted just one more go on The Flying Dutchman. I can’t remember laughing quite so much on a family day out and certainly felt full of festive cheer as we drove home.

All-in-all The Crealy Christmas Spectacular was just that. It’s a full Christmas day out staged at a theme park for extra fun with plenty of sparkle and magic to make it a real family treat.

What does it cost?

I think this is excellent value considering the activities and ice show. The variety of gifts available from Santa’s workshop are also reasonable quality and you can pick exactly what you want. You can book tickets on the Crealy website. 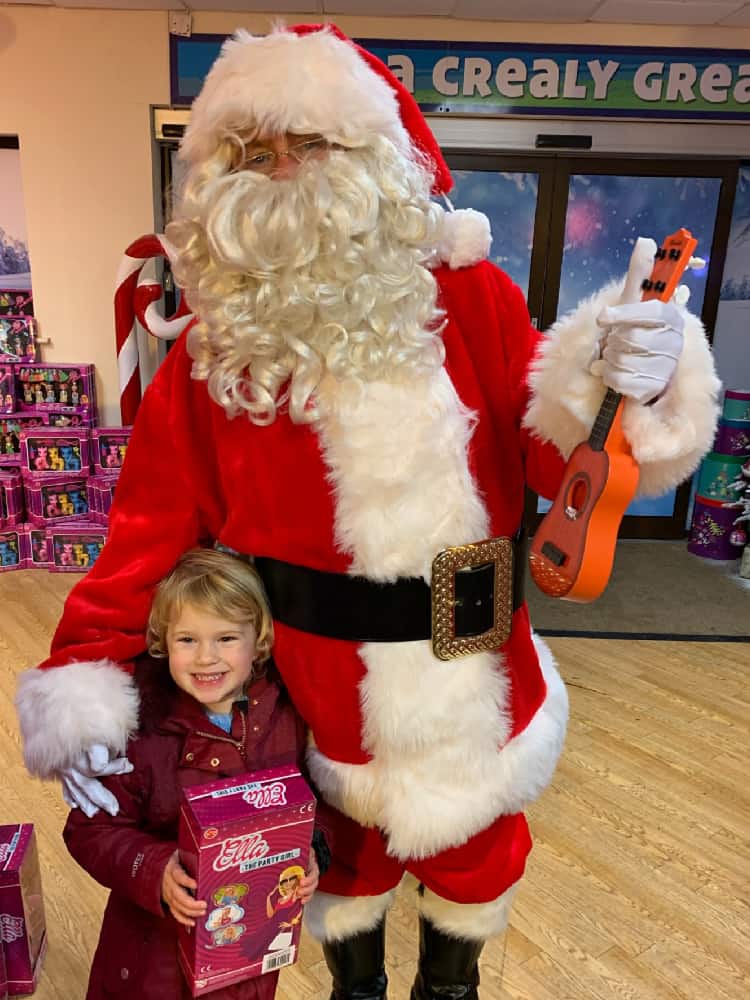 The Crealy Christmas Spectacular 2019 takes place from 30 November to 24 December 2019. Find out more and book tickets by visiting the Crealy website.

Disclosure: we were invited to attend The Crealy Christmas Spectacular in exchange for coverage on the blog. All opinions are our own. We were not paid for this review or video.

Fancy a taste of Devon’s best Christmas day out? Why not pin this post for later? 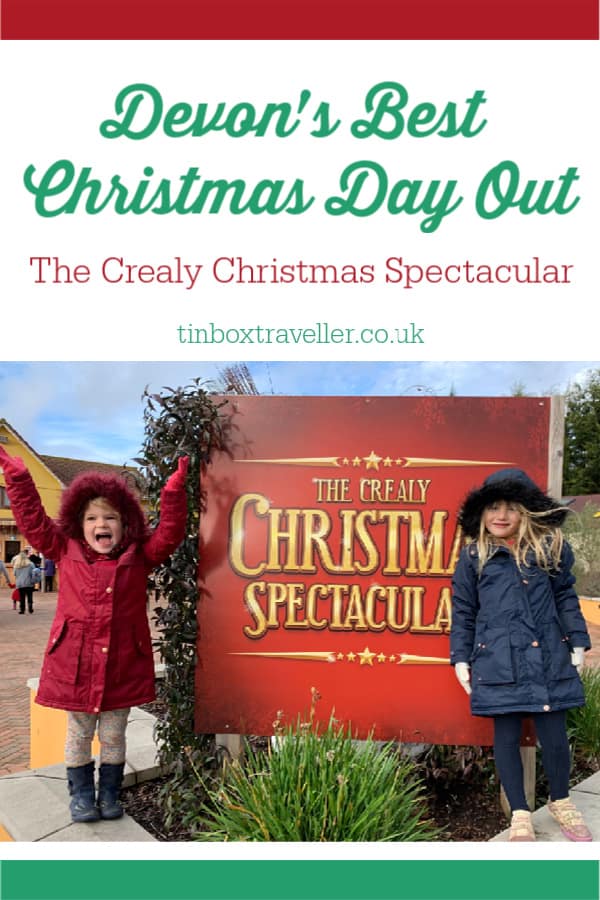 Christmas Tree Wonderland Bournemouth 2019 – everything you need to know 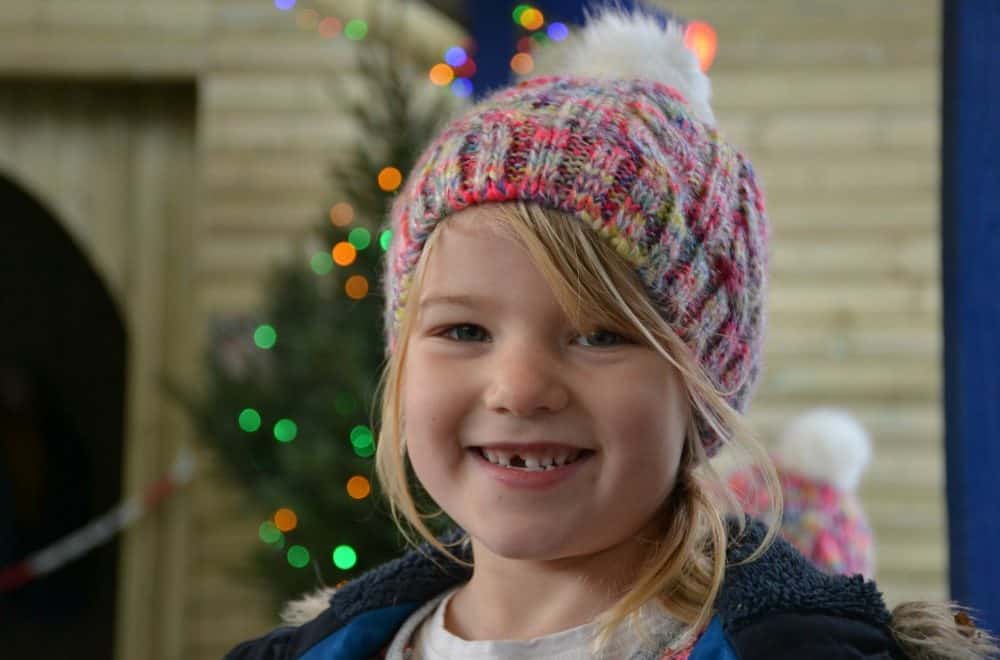