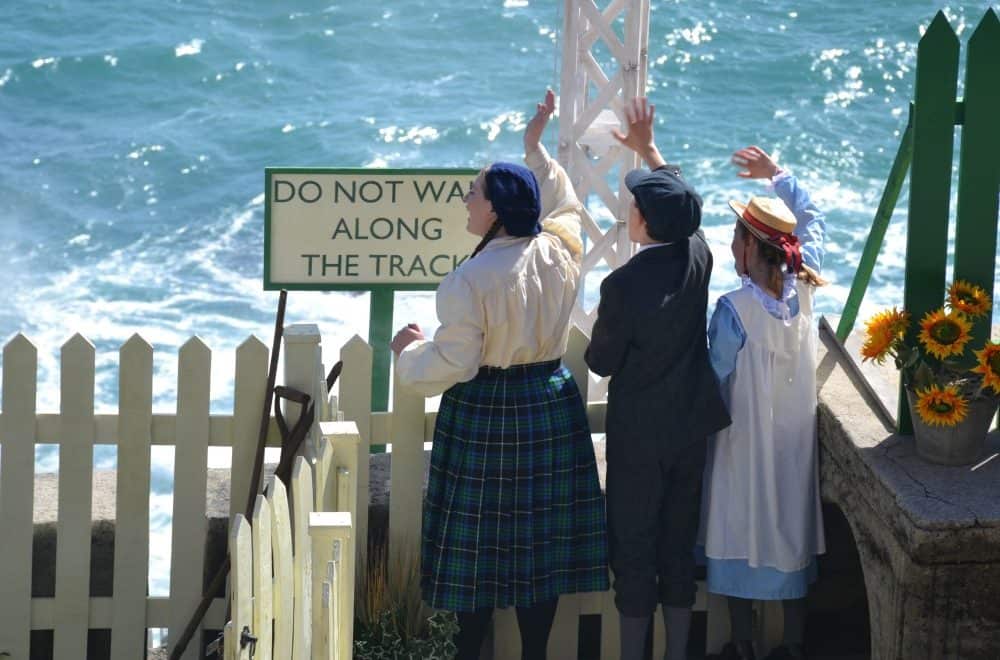 Review: The Railway Children at the Minack Theatre, Cornwall

Could there be a more dramatic setting for a play than a Cornish cliff top? The Minack Theatre is a modern day amphitheatre with Atlantic sea views making it extra challenging for any company of actors performing on its stage. However, the cast of The Railway Children did their upmost to distract us with E. Nesbit’s much-loved tale of a family that believed in love, trust and the kindness of strangers.

We were invited to see The Railway Children at the Minack Theatre by Cornwall 365 which has published the Find & Seek illustrated atlas to help visitors to Cornwall discover its many heritage and cultural treasures.

We visited the Minack Theatre last Easter to see family storytelling with actor and director John Brolly. At the age of four, it was Tot’s first experience of theatre and was a great success. Baby, then aged one, was a lot more fidgety. This year we felt confident that both girls would be engaged with the play and took along both sets of grandparents as back up in case either of the kids needed additional entertainment.

You can read my tips for visiting the Minack Theatre with children and about its history in my previous review.

The Railway Children at the Minack Theatre

“A heart-warming tale of an Edwardian family whose lives are turned upside down following the mysterious disappearance of their father.”

The Railway Children at the Minack Theatre is directed by John Brolly, so having already come across his work we knew that there would be plenty of rapport with the audience and creative staging. One of the best pieces of set design for the play was the train. 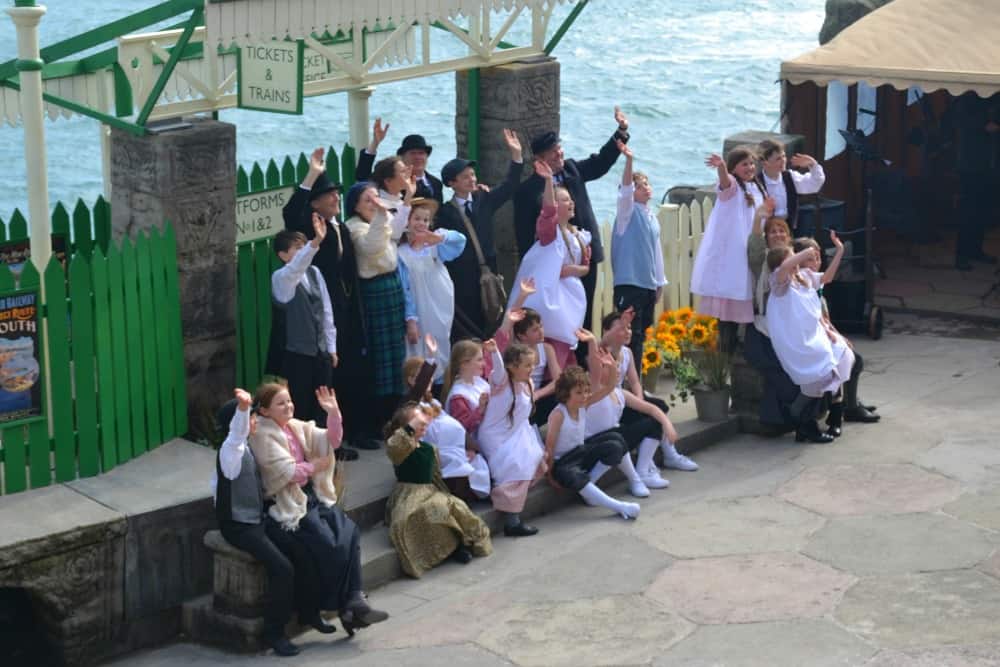 It might seem like an ambitious task to bring a train alive in an outdoor theatre without the aid of rigging. But the set designer, Elroy Ashmore, hit the nail on the head with a combination of steam and sound effects conjuring up the illusion of a locomotive just out of view. He even has a clever solution for the emotive scene where Bobby stops the train by waving her petticoat to avert disaster on the line.

We were treated to the first matinee performance of The Railway Children by The Minack Youth Theatre that has been blossoming since 2014. The young actors were brilliant and drew us into the storyline with their enthusiasm for their roles, overcoming the odd first night blooper with good humour. Craig Johnson who played station master Perks was a great narrator and Jonah Parsley who played his son John pulled off the role of cheeky Edwardian urchin perfectly.

Millie Brolly, Luca Partridge and Ivy Kirk who played Bobby, Peter and Phil respectively were convincing siblings, switching between bickering and counselling each other in their mission to see nothing but good in the world. 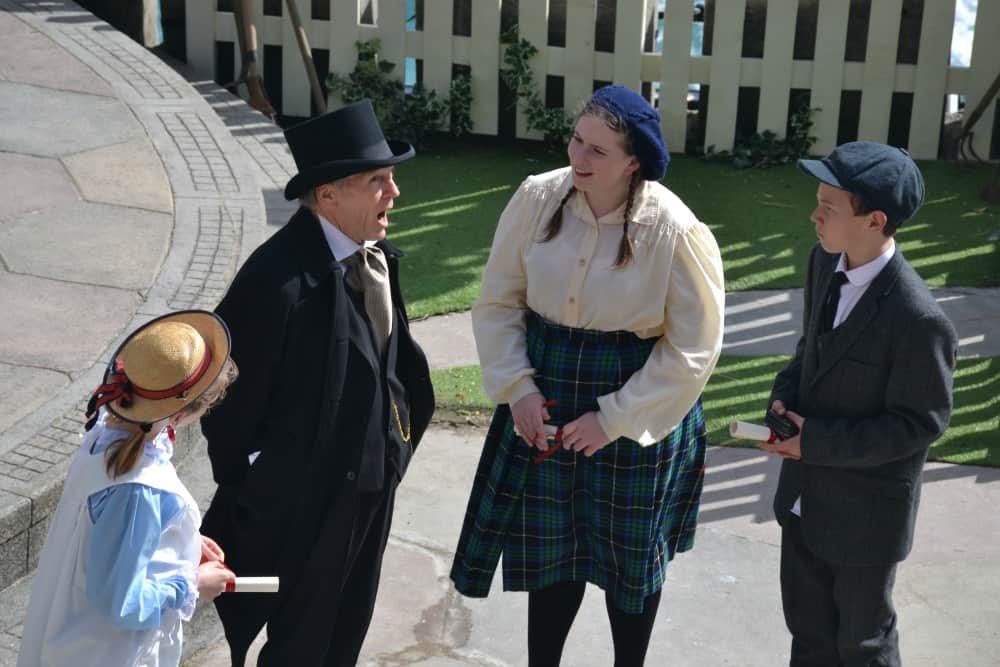 Five-year-old Tot was won over by the story and even Baby was planted for most of the two hour performance. It lived up to the reputation of being a heart-warming tale and certainly kept us feeling toasty on the open air terraces on a blowy April afternoon. If you’re in Cornwall and love theatre make time for a trip to the Minack – you won’t regret it!

Disclosure: we were invited to review The Railway Children by Cornwall 365 for free in exchange for coverage on the blog. All views are my own and those of my family.