June 19, 2015 17 Comments
If I ruled the world it would be an offence to park in parent and child spaces without a little person sat on your back seat. 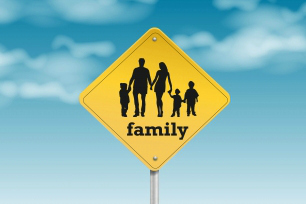 Supermarkets and shopping centres supply these spaces for the convenience of families but if someone knowingly parks in them without children they are not actually breaking the law. It’s down to the car park owner to politely ask the driver to move but they have no power to make them. At best they might be fined, but I doubt that happens often.
This annoys me. These people are selfishly taking up a space designed to make the task of shopping with kids a little less stressful.
Sure the wider spaces may look super appealing to people that don’t want their paintwork chipped or others who can’t be bothered to walk more than a few meters to the shop entrance. But have they considered that their laziness is forcing mums and dads to struggle with smaller spaces further from the store?

Heaving trolleys and bored/fractious little people do not make for an easy journey across the car park. That’s not to mention the difficulty manoeuvring a baby seat in and out of a car with barely enough room to open the door. Or the potential damage caused to surrounding vehicles when a toddler who doesn’t know their own strength kicks the door while you are getting them out.

In the past week I’ve seen three drivers abusing parent and child parking: a guy sat in his work van eating lunch; a woman in a sports car; and a pair of ladies shopping for wine and doughnuts – obviously essential purchases. On two of these occasions there were no other parent and child spaces available so we had to park elsewhere.

I bet they had some amazing excuses: I’ll only be five minutes; no one was using the space; I’m in a rush. Well that makes it all OK then – not!
I can only assume they don’t have children because if they did they’d understand the inconvenience they were causing and show a bit more consideration. Instead they are probably one of those people in the check out queue who decide its a helpful thing to say: ‘cheer up love, it might never happen’. Ahhhh!

Is it just me that gets ruffled by the rude people who abuse parent and child parking?

Image courtesy of watiporn at FreeDigitalPhotos.net