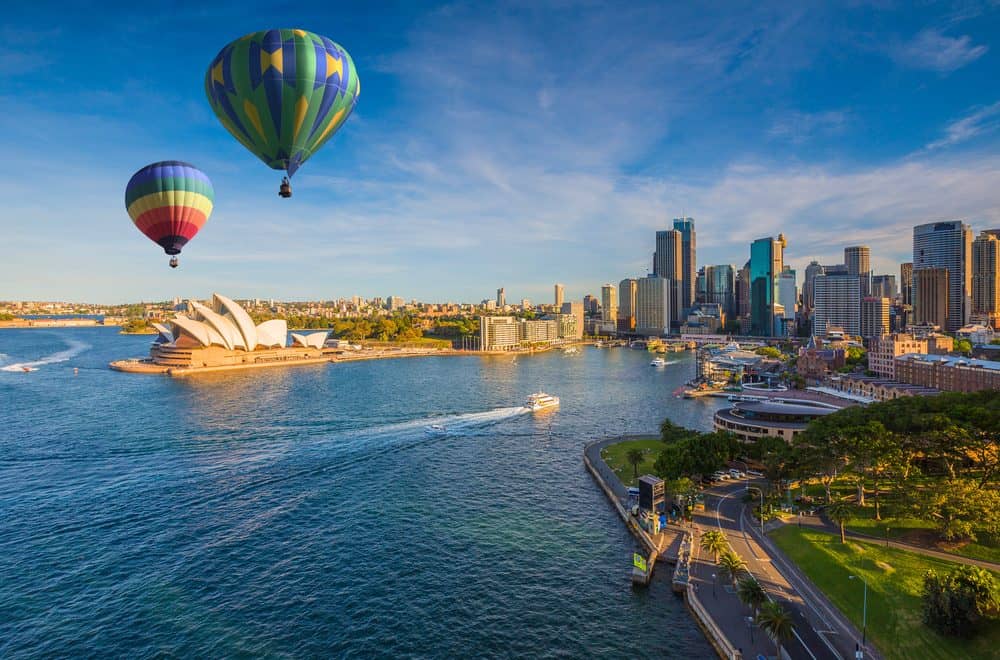 10 things to do around Sydney with kids – grandparent approved

Just over a year ago my mum and dad returned from an epic adventure in the southern hemisphere. They joined a Princess cruise in Singapore and travelled south to Australia and New Zealand. Yes, I’m still a bit green about this adventure too. One of the places they most enjoyed was Sydney, which they thought was a great destination for families. I’ve been nagging them to share more about their Australian adventure* and at last I have their grandparent approved things to do in Sydney with kids:

This famous bridge (known by the locals as the ‘coat hangar’) was actually built in sections in Middlesborough, England, and transported out to Sydney where is was completed in 1923.

It conveys road, rail and foot passengers from the central Sydney business district on the South side of the harbour to North Sydney. You can even climb the bridge if you have the time.

This was the first area of Sydney to be built. It was set up shortly after the first landings by Captain Cook at Botany Bay, which lies along the coast to the West of Sydney.

The Rocks area is worth a quick explore including a short visit to the museum. This tells the story of the early settlers and convicts who arrived in Australia. Many of the original buildings are still standing, though they are now dwarfed by the modern high rise blocks of the city.

3. Wander and embark on adventures from Circular Quay 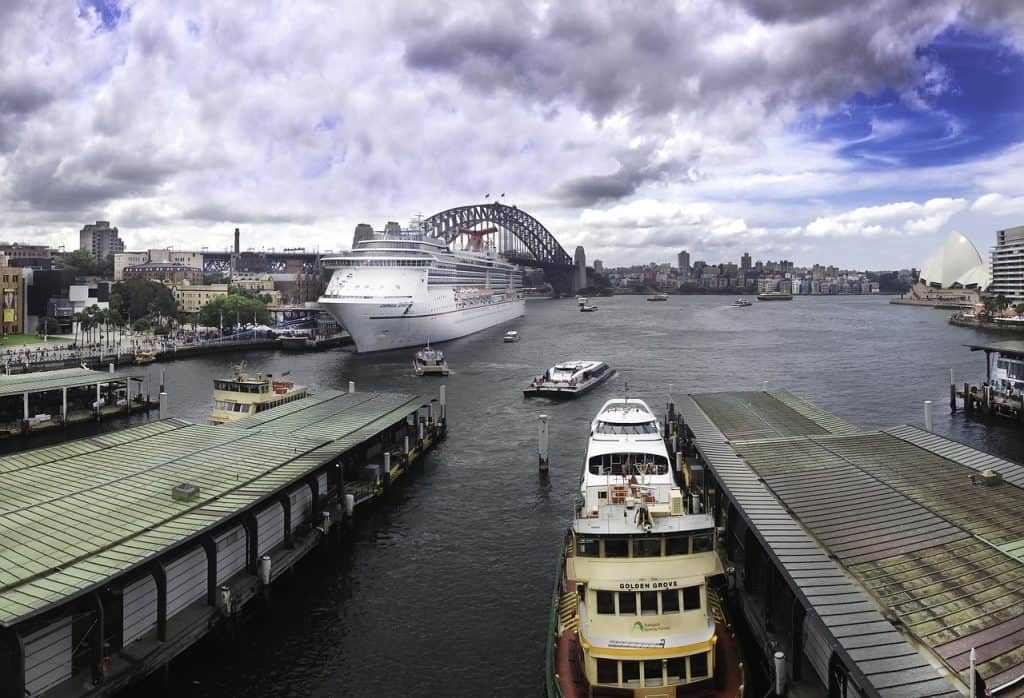 This bustling social area between the Opera House and Sydney Harbour Bridge is full of open air cafes and restaurants, as well as tourist shops.  It’s where you’ll get some great views of both of the city’s famous landmarks.

You’ll also find a railway station and ferries, which are an excellent way of visiting other interesting parts of the city and beyond.

An iconic landmark, Sydney Opera House, is located by Circular Quay. It has an extensive programme of family friendly shows and offers kid-focussed tours. Tickets and tours can be booked direct with the Opera House or in Sydney’s Tourist Information Centre. 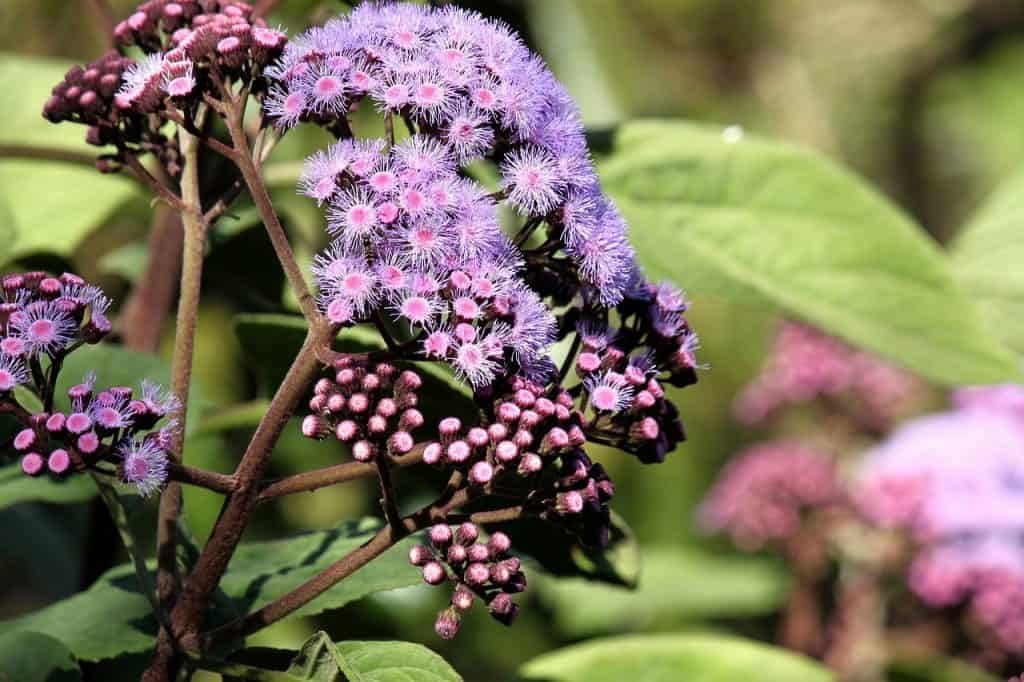 These gardens on the edge of the harbour make a refreshing break from the crowds of the city centre. Government House lies at the north end of the gardens and free tours are available.

Not far away is the Art Gallery of New South Wales, and Hyde Park with its barracks, the ANZAC Memorial building, which was built by convicts in colonial days. The park is a wonderful place for families to wander with water features, public art and statues to explore.

6. Visit the attractions of Darling Harbour 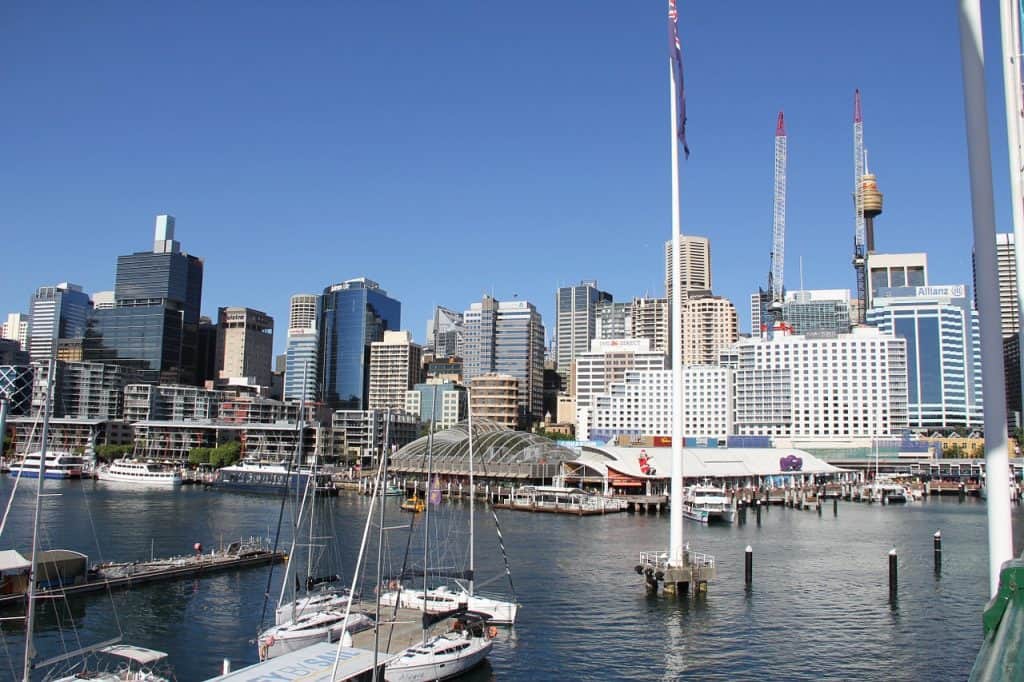 As well as a wide range of shops, cafes and restaurants, Darling Harbour has lots of family-friendly attractions like the Australian National Maritime Museum, the SEA LIFE Sydney Aquarium and Madame Tussauds. You can reach it on foot from central Sydney or by ferry from Circular Quay.

7. Meet the animals at Taronga Zoo 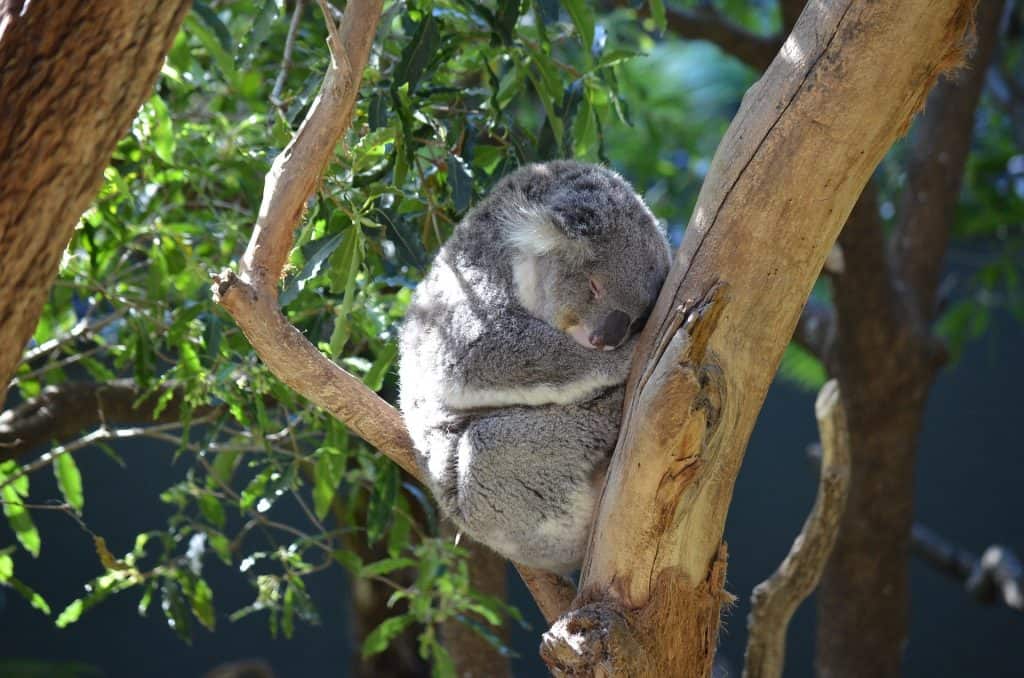 The Tin Box Grandparents took a 12-minute ferry ride from Circular Quay to the cable car which carries you silently up to this fabulous zoo. It was a full day out and definitely one that appeals to young and old.

The zoo is laid out with paths that ensure you get to see all enclosures and there are talks with the keepers throughout the day. The majority of animals are either from Australasia and South East Asia, although there are also some from further afield.

If you fancy a bit of a challenge there’s a high ropes course with spectacular views of Sydney Harbour.

8. Have cultural experience in the Blue Mountains 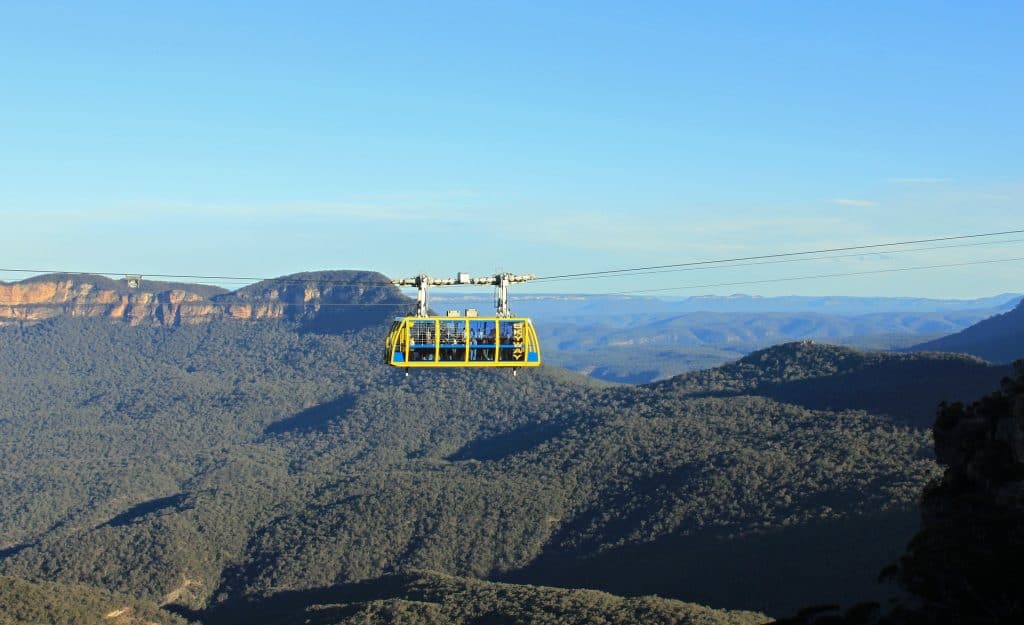 This World Heritage Region is a two and a half hour trip north of Sydney but was well worth visiting. Tin Box Grandma and Grandpa booked a day trip from the Tourist Information Centre which included rides on the park’s three scenic cable cars, a visit to the Waradah Aboriginal Centre and also the Featherdale Wildlife Park.

While the aboriginal centre was a bit touristy, they enjoyed the wildlife park which is home to native Australian animals, many of which can be petted. It’s a must when visiting Sydney with kids! The day concluded with a boat ride down the Parramatta River to Sydney Harbour. The grandparents thought this combined tour was good value compared with the individual entry prices.

Read some more tips on visiting the Blue Mountains with kids.

9. Chill out at Sydney’s beaches

Although many people rave about Bondi Beach, my folks felt that Manly Beach in north Sydney was a much cleaner and more attractive beach than its more famous rival. Both had a similar range of cafes and beach shops to those found in the UK.

You can reach Manly Beach via a 30-minute ferry ride from Circular Quay. There’s a short walk at the other end to help you work up an appetite to visit one of the sea front eateries.

The Tin Box Grandparents bought a 24-hour ticket on the Big Bus Sydney Tour and found this was an ideal way of seeing the city in a short time.

Tickets are available from the tourist information centre as well as hotels and other locations or on the buses themselves. If you buy online in advance you can get a 10% discount.  The 24-hours on your ticket starts ticking from the time you first  ‘hop on’.

There are two routes around the city and you can upgrade your tickets to include the Sydney Tower Eye and a harbour cruise.

How to use Sydney travel cards

You pay for travel on ferries, trains and buses with ‘Opal’ cards.  The Opal network covers all of Sydney, north to Newcastle, west to the Blue Mountains and south to Wollongong and the Southern Highlands.  These cards can be purchased at shops displaying the ‘Opal’ sign for a minimum cost of Aus$20 per person.

Swipe your card when boarding a bus, ferry or train and again when disembarking to validate your journey. The machine will indicate the remaining balance on the card. Further credit can then be added to the card at a minimum amount of Aus$10 using machines adjacent to ferries and railway stations, the Opal Travel App, online or at any Opal retailer.

You must always ensure you have enough credit for the proposed journey before starting it. Fares are capped on a daily and weekly basis.

Have you visited Sydney with kids? What was the highlight of your visit? Or where would you like to go?

*Disclosure: this is a collaborative post with Flight Centre. Images courtesy of Pixabay and Shutterstock.

Planning a trip to Sydney with kids? Pin this post for later. 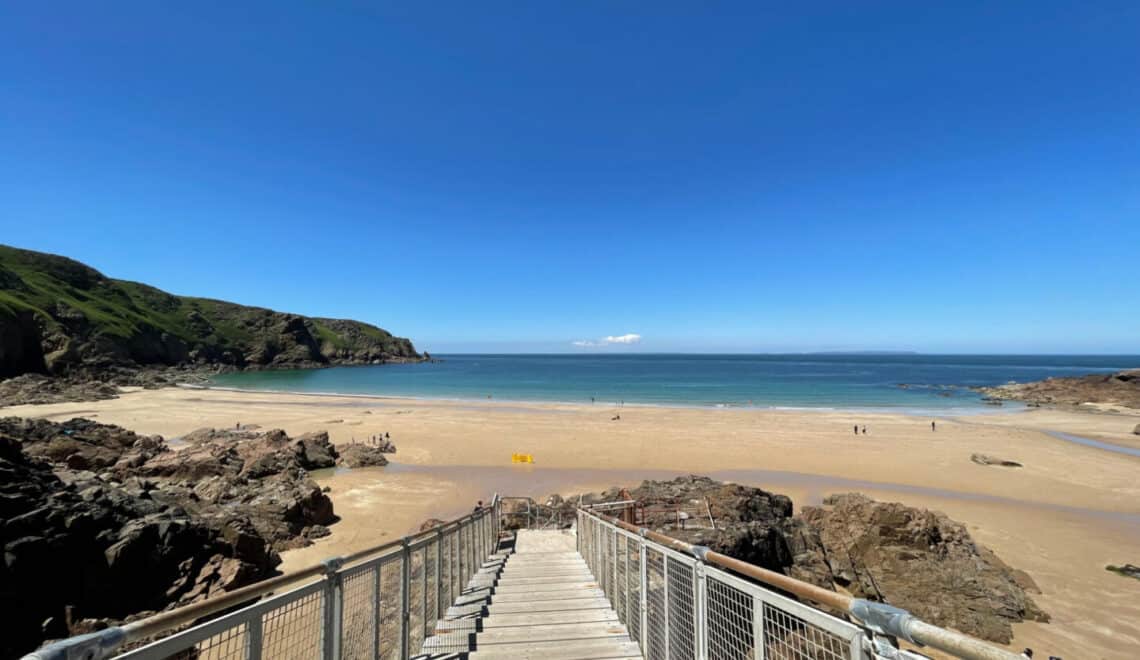 26 free events in England this summer 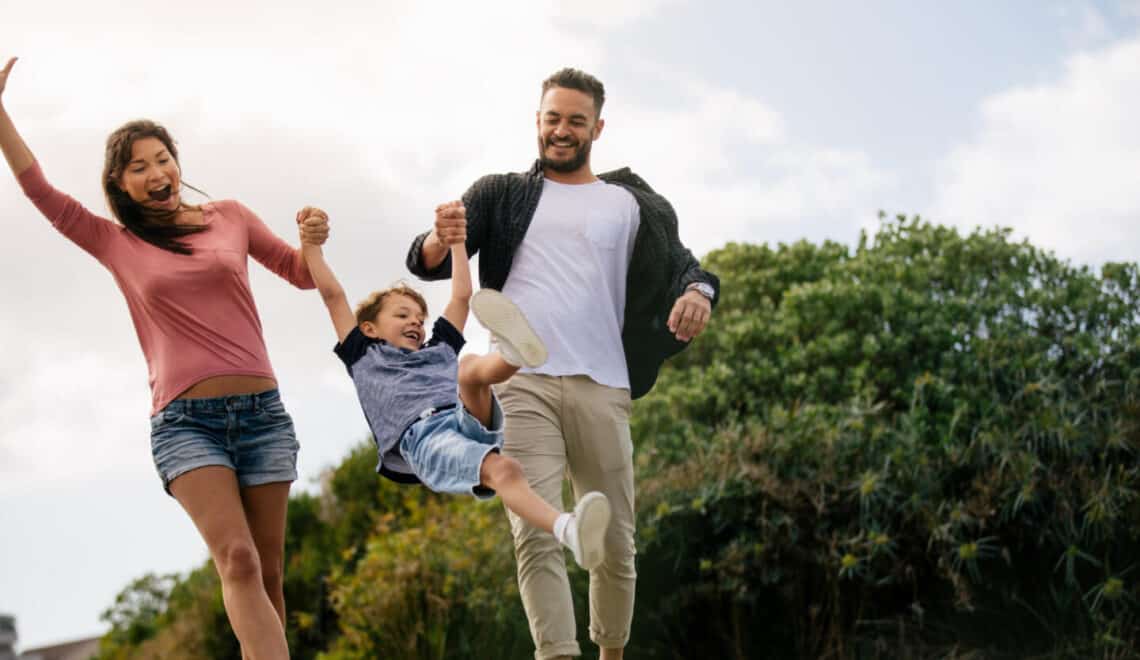