Welcome to the latest edition of my Travel Timehop series. Each week during 2015 I am flicking through the pages of the Tin Box photo albums and picking out a memory from our travels.

This week’s timehop was prompted by Holly at Four Around the World who recently wrote about her own visit to this city. I’ve never been to the Roman Baths – mad considering I have family living close by – but I really enjoyed her review. 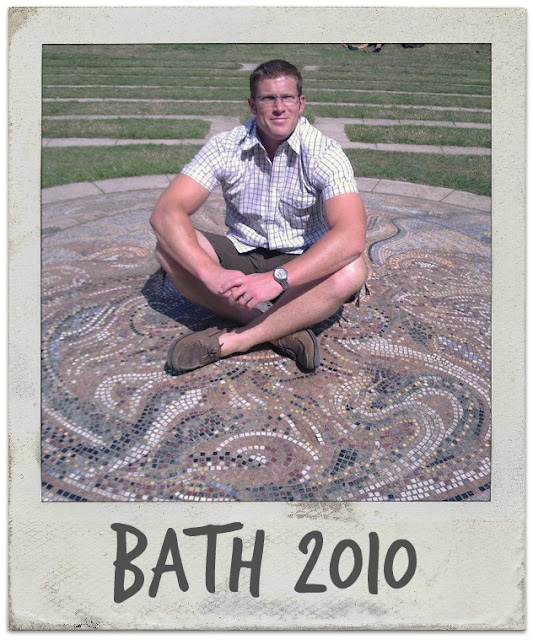 It was August 2010 and we were celebrating our second wedding anniversary with a trip to the West Country.

We were staying in Bristol and had hopped on a train to Bath in Somerset for a day out.

Bath was built on natural hot springs and has been a popular spa destination since Roman times. In 1987 it was made a UNESCO World Heritage Site as it is home to some of the best preserved Roman remains in the world and some stunning 18th Century architecture.

I’ve visited Bath since I was a kid thanks to my family connections there. However, I can remember going to a lot of playgrounds and running around in my cousins’ garden more than seeing the sights.

Returning to the area as an adult gave us the perfect opportunity to explore what the city had to offer.

A few days before our visit we tried to book into the Thermae Bath Spa, which is the city’s modern day spa with a roof top thermal pool. Sadly every available slot had already been taken. (Top tip: book early if you want to indulge yourself). Undeterred we decided to walk around the city and see some of the other sights.
We took a stroll around the iconic Royal Crescent, passed the world famous Sally Lunn’s where we dribbled at the cake through the window, and walked over the Pulteney Bridge, which is one of a handful of historic bridges to have shops built into it.
We also took a tour of Bath Abbey, which stands on the site where the first king of all England, King Edgar, was crowned in 973 AD. The tour included climbing 212 steps to the top of the clock tower and standing on the roof from where we could see people enjoying the Thermal Bath Spa – we weren’t at all jealous.
This week’s timehop photo is Mr Tin Box sat on top of a Roman mosaique in the Parade Gardens near the Pulteney Bridge. I’m sure it was a reproduction. If not, I am truly sorry to the City of Bath for any damage he caused!

Have you been to Bath? Did you see the Roman Baths or get to relax at the Thermae Bath Spa?