September 3, 2015 12 Comments
Prepare yourselves! This week’s Travel Timehop is a super-oldie and goes right back to the start of our digital photo library. Everything before this was processed film and is crammed in a box up our loft. 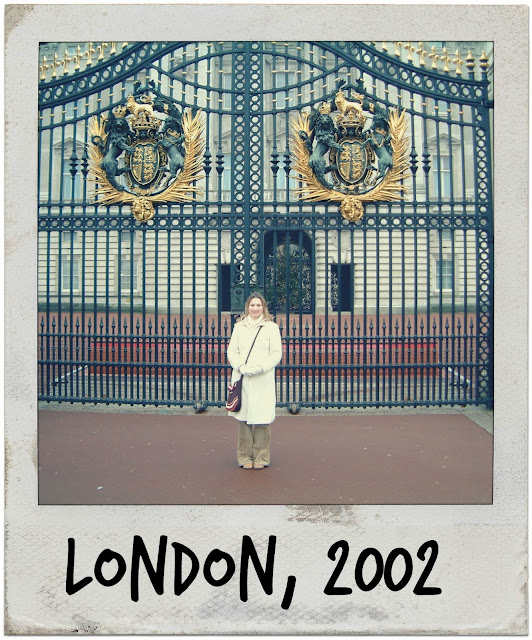 Each week I write about a moment from our travels before or after we got Tin Box. It’s a fun way to record memories and share our wider travel experiences.

It was 2002 and I had just begun my career as a journalist with The News in Portsmouth. One of the perks of the job (actually, the only perk) was that if you had worked on a particularly good story you were awarded the title of Reporter of the Month. Your prize was to pick one of the press trips the paper had been invited on and write a review about it.

There were some amazing free trips on offer: all inclusive holidays in the Caribbean, wine tasting in France and luxurious stays in Scottish castles. Funnily enough, on the two occasions I got Reporter of the Month these premium trips had already been taken.

Where in the world

I shouldn’t really complain too much as my first press trip was a stay in The Petersham Hotel in Richmond. This beautiful four-star hotel overlooks the Surrey countryside and is just eight miles from central London.

We had a room with a river view and were treated like royalty. Included in our two night stay was breakfast, a three course À la carte meal and all our drinks. Had we realised the last part we might have sunk a few more in the hotel bar rather than popping to the closest pub! Rookie mistake.

As we were so close to London we decided to spend a day in the city and hoped on the train from Richmond into Waterloo.

This was mine and Mr Tin Box’s first trip to London together. We decided to make the most of it by seeing some of the main sights: the London Eye, the Tower of London and Buckingham Palace. I remember it being a bit of a route march as there was a lot of ground to cover in one day. Mr TB was good at stomping around even before he joined the Royal Navy!

This week’s Timehop photo is a proper tourist shot of me outside the gates of Buckingham Palace. Check out that white coat. I wouldn’t get away with that now with two kids!