Tin Box Tot is developing a fierce independent streak. She’s also keen to help. But when this is combined with a reluctance to be helped herself she often ends up in scrapes.

Last weekend we were away in the caravan and she wanted to assist with collecting the water. Despite being told the full water barrel would probably be too heavy for her to pull or push back to the caravan she was determined to give it a go. After struggling for a few moments she ended up rolling over the barrel and getting stuck. Hilarious! 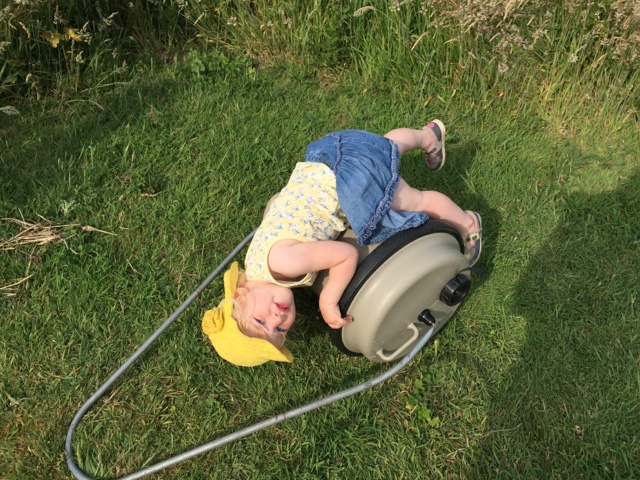 I’m sharing this moment as part of the #WickedWednesdays linky from Brummymummyof2. It’s all about posting those less than perfect snaps that wouldn’t usually grace the pages of your blog but never-the-less make you smile. Here’s how you can join in.